There are few companies that understand the Perth property  market and land development as well as Richard Noble & Company.

Richard Noble & Company have proudly been involved in the development of some of Perth’s most prestigious and long established suburbs including Mount Lawley, Maylands, Bicton and Bayswater. Plus some of Perth’s most successful modern residential communities in Waterford, Salter Point, Leeming, Bull Creek, Quinns Rock, Success, Hammond Park, Lesmurdie, Manning and North Fremantle. Current property developments include Cygnia Cove in Waterford and Vivente in Hammond Park. FIND OUT MORE!

Our mission is to proudly deliver the highest standard of professional services and wealth creation for our clients with commitment, vision and integrity.

We are a medium-sized property development agency with the ability to offer the depth of experience found at larger agencies. However, because of our size, we can adapt quickly to an ever-changing property market place. Throughout our history we have enjoyed long-term relationships with our clients, and our longevity within the Real Estate industry is testament to our delivery of quality services to our clients as Perth’s premiere property development company.

Providing a complete property service from start to finish.

To find out how we can help you, please feel free to contact us. 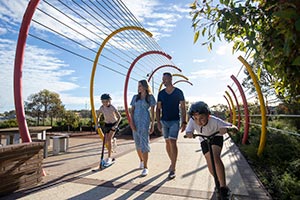 Designed to follow land contours, Vivente Hammond Park has been defined by sweeping natural parklands. Centrally integrated, the park provides premium recreational space for residents, complemented by walking tracks and fitness stairs. With a variety of lot sizes you can find your  … 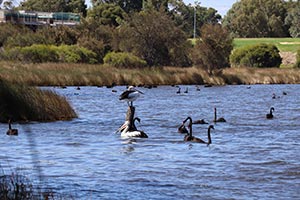 UDIA National and State Award winner Cygnia Cove has been recognised as best residential development in Australia in 2015. Located on the banks of the Canning River in Waterford this 188 lot Estate has set the benchmark in luxury residential living. With a host of educational and recreational facilities at …